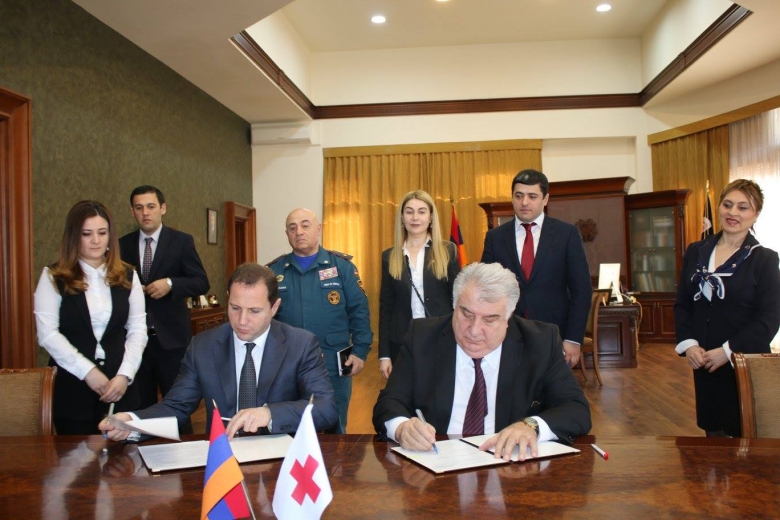 Mr. D. Tonoyan welcomed the members of delegation and noted that he is familiar with the cooperation between the Ministry and ARCS and was recently witnessed the work of the Red Cross First Aid instructors, who delivered the highest quality First Aid to the victims of the accident on the Surenavan -Yeraskh highway.

- To be auxiliary to the Government is supposed by the Ideology of our Organization. Since 1998 we have been working in this area, such as preparedness and response. Our partnership is a great honor for us, and is enshrined in the Memorandum of Understanding. For me, the highest appreciation of our work are the words of gratitude of the Minister, which he said above.

Then the Minister asked some questions on ARCS activities and achievements in the sphere of resilient communities, as well as involvement in the adoption of the Law on Volunteering.

Mr. Tonoyan said that special brigades of firemen-rescuers and First Aid providers will be established in 22 communities. And here is expecting a closer cooperation between the MES and ARCS to train high level First Aid instructors.

ARCS President mentioned that Armenian Red Cross is ready to support all the initiatives of the Ministry of Emergency Situations, in the frames of its mandate.

D. Tonoyan, Minister of Emergency Situations of RA and M. Mnatsakanyan, President of Armenian Red Cross Society, signed a protocol on the Extension of "Memorandum of understanding between RA MES and ARCS on cooperation and mutual assistance in the field of Civil Protection during Emergency Situations. 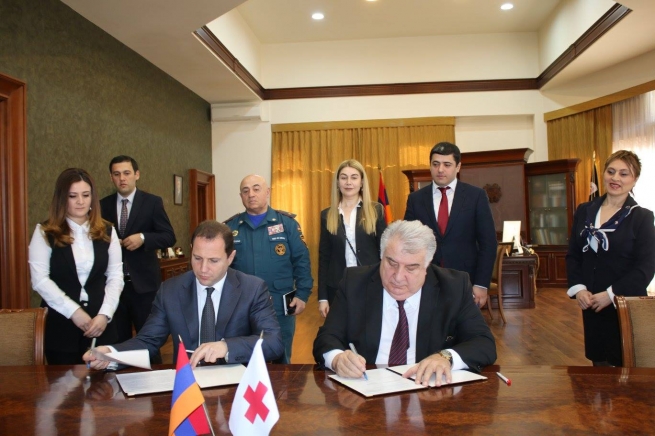 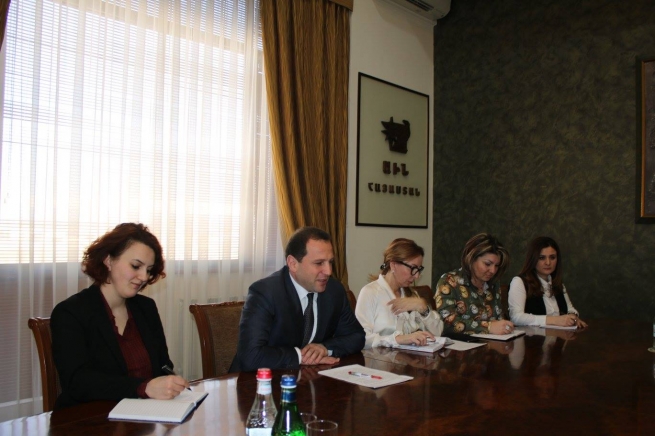 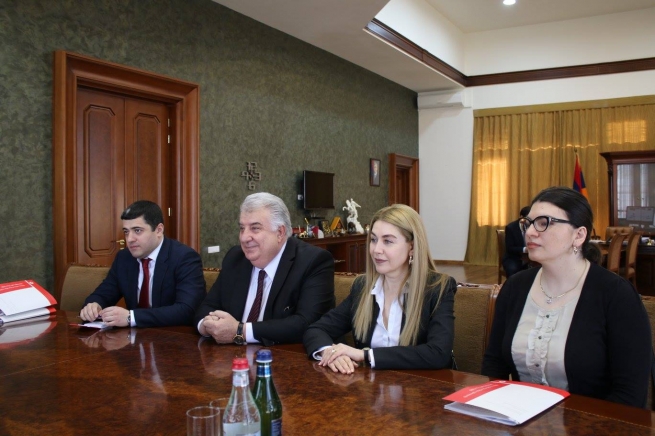 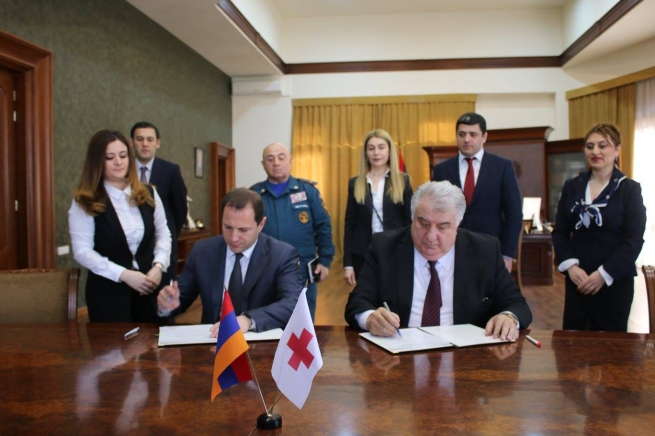 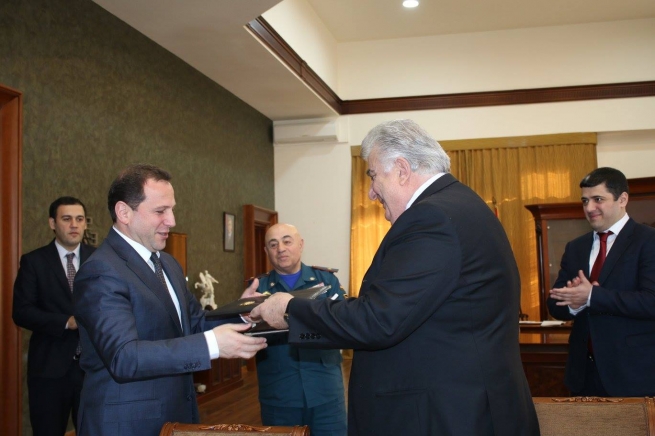 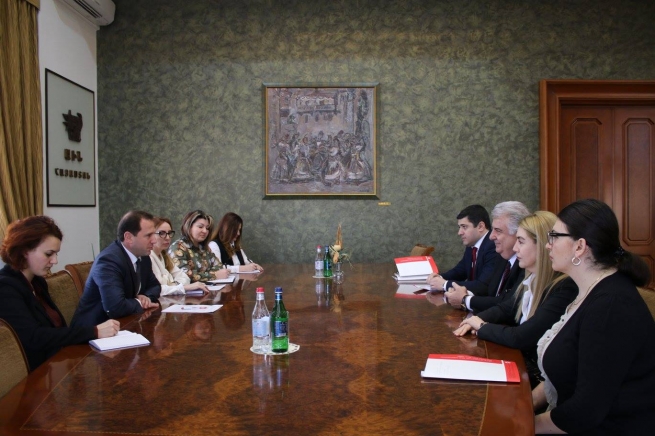