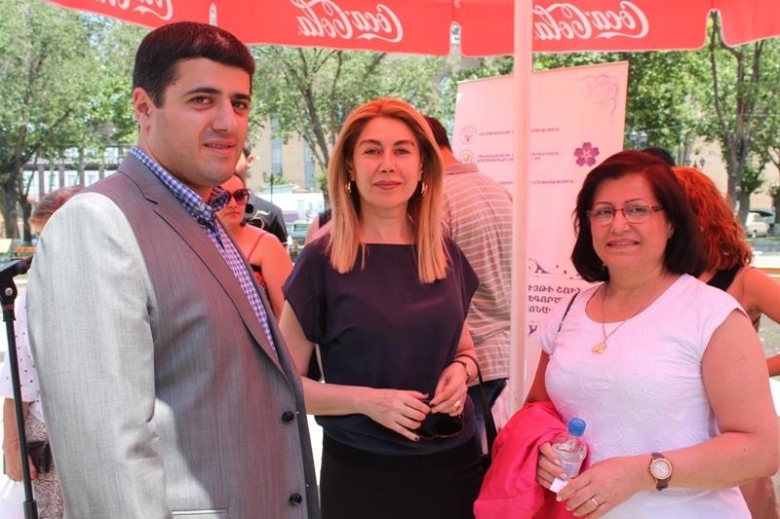 On 25 June, from 12:00 to 20:00 PM, Armenian Red Cross Society in the frame of “Empowering Syrian-Armenians and their income generating activities” project in cooperation with RA Ministry of Diaspora and “Center for coordination of Syrian-Armenians` issues” NGO organized “The breath of Syrian –Armenian culture in Yerevan” charity fair exhibition in the newly opened park between Nalbandyan and Hanrapetutyun streets, where Syrian-Armenians demonstrated their products.
Anna Yeghiazaryan, ARCS General Secretary in her speech with reporters mentioned .

- As an organization auxiliary to the government in humanitarian sphere and leaded by its Mission to prevent and reduce human sufferings, Armenian Red Cross Society could not remain indifferent to the problems of Syrian Armenians, forced to migrate to Armenia as a result of Civil War in Syria, and started to help them from the very first day of their arrival. Taking into consideration the situation and the rising number of refugees in need, ARCS initiated specific projects aimed at contributing to enhanced livelihood conditions of Syrian Armenians in Armenia. We included Income generation component in these projects to ensure our beneficiaries dignified life by their own efforts.

The Fair visitors had a chance to buy sweets, handicraft, as well as to get acquainted with various masters. This initiative will provide visitors with the necessary information regarding the skills of Syrian Armenians, ensuring the visibility of their work and experience. Due to the event, Syrian Armenians will get an opportunity to enlarge their small businesses.

The event was attended by RA Minister of Diaspora Hranush Hakobyan. 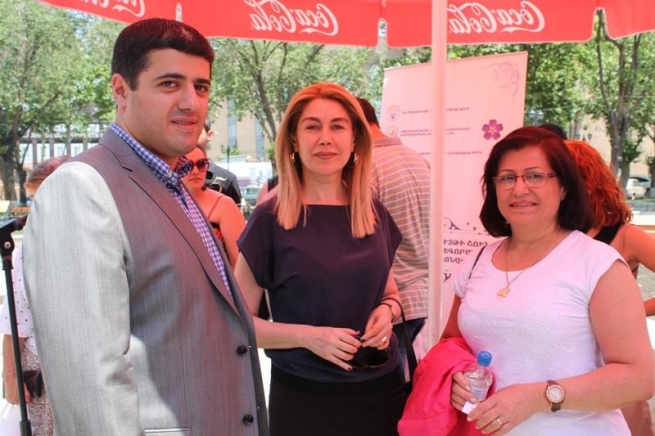 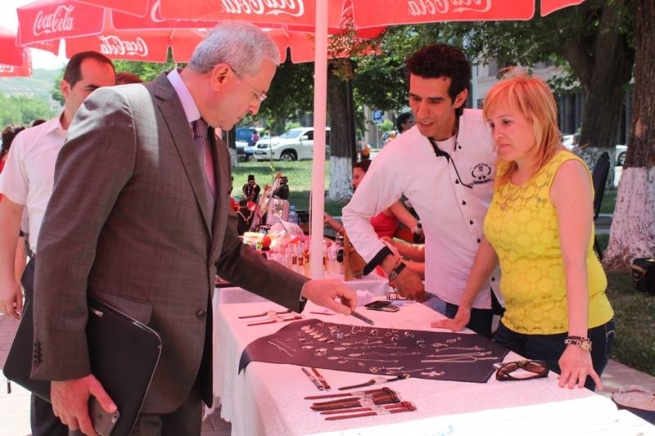 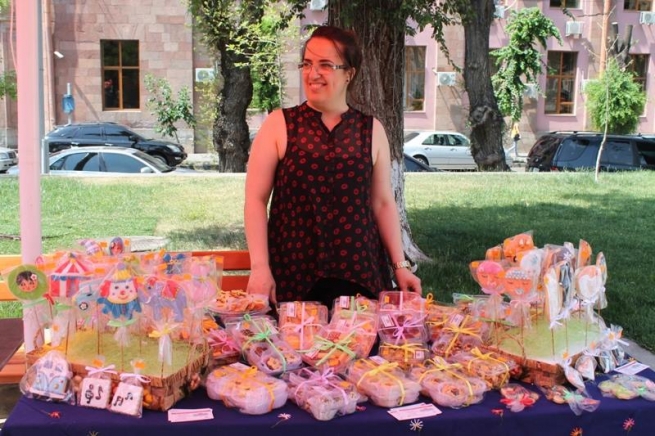 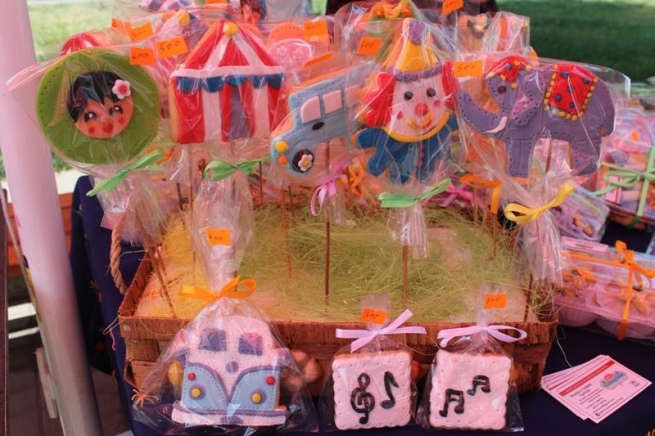 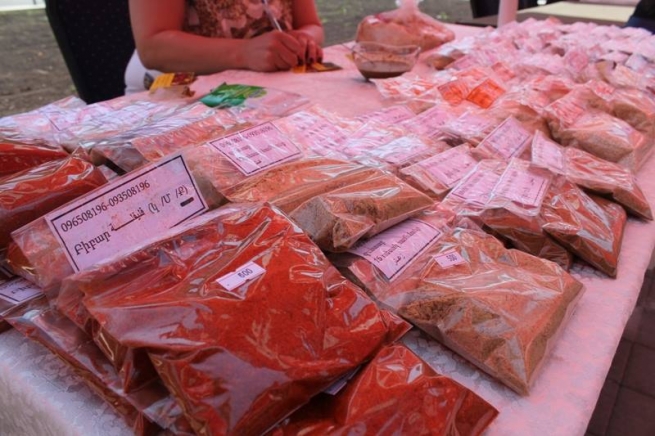 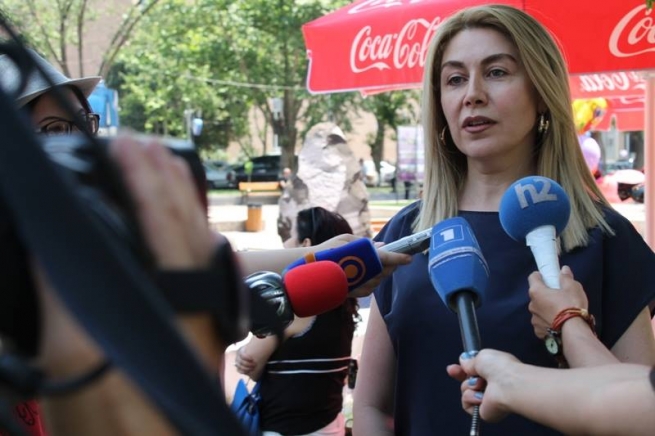 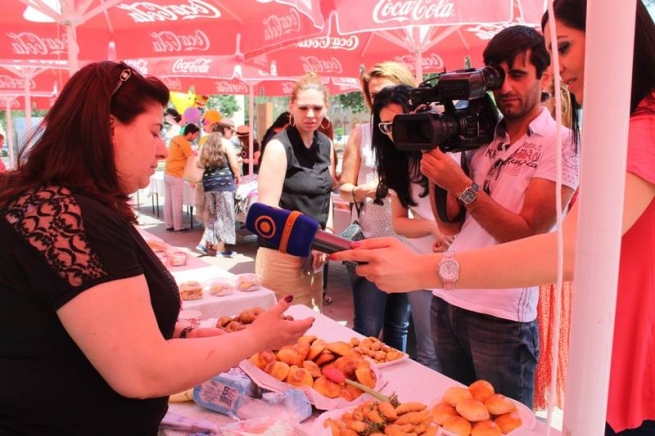 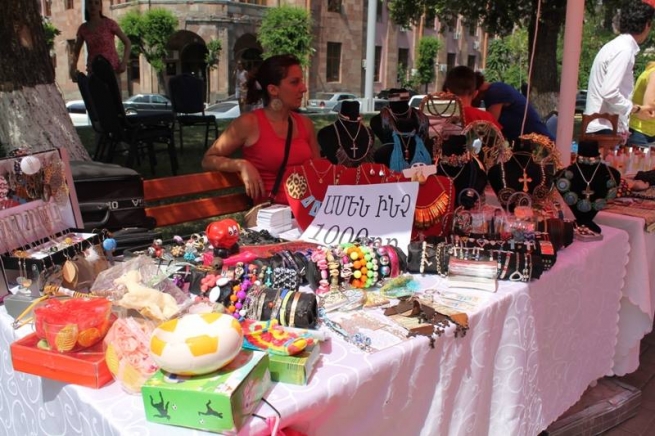 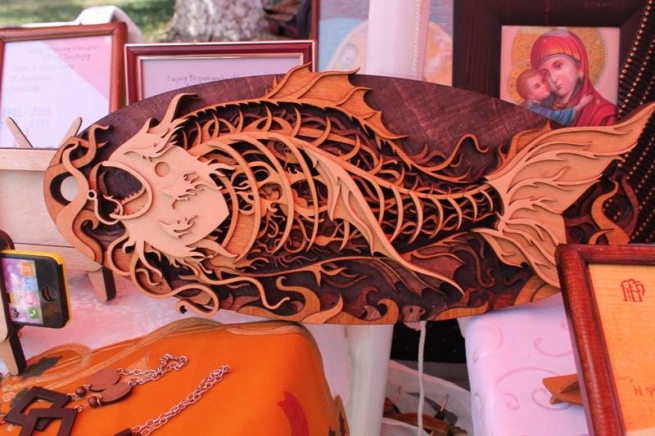 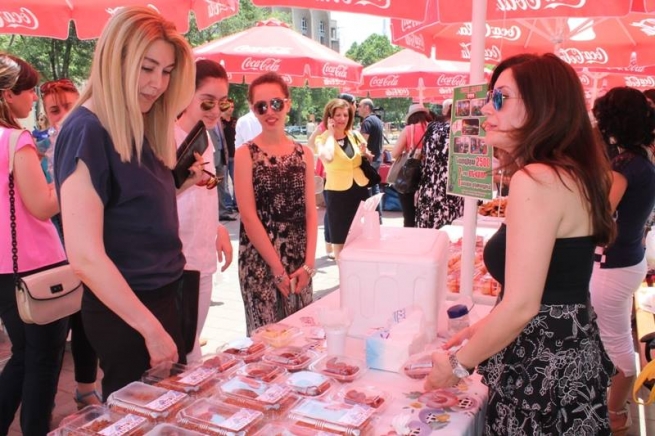