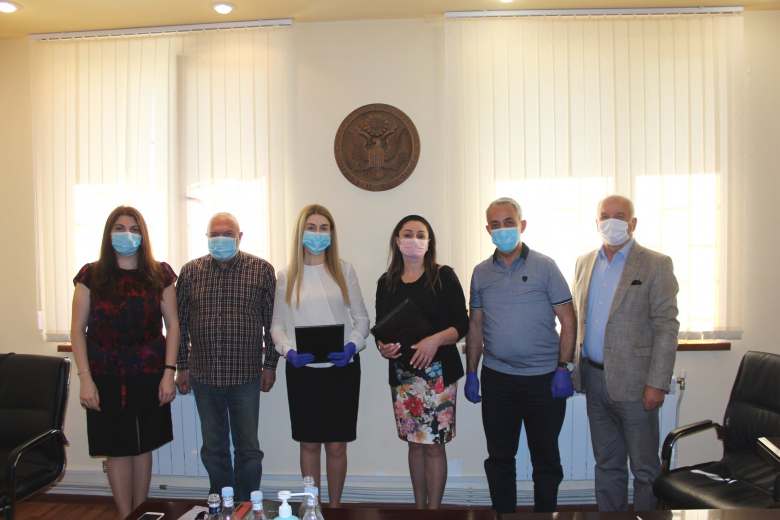 On May 27, Knarik Davtyan, Head of the Fund for Demining and Utilization (FDD), and Armenian Red Cross Society (ARCS) secretary general Dr. Anna Yeghiazaryan, signed the agreement on “Awareness-raising on explosive war remnants and risk of mines” project in the “Armenian Center for Humanitarian Demining and Expertise” (ACHDE). Ruben Arakelyan, Head of the ACHDE, and Sergey Mirzoyan, Representative of the “NATO Support and Procurement Agency” (NSPA), were also present.

The Project will be implemented in four targeted provinces of Armenia Tavush, Vayoc Dzor, Syunik and Gegharkunik. 42 communities will be included in the project plan

Armenian Red Cross Society will conduct awareness raising trainings within two years  on Explosive Remnants of War and Mine Risk Education issues among the 2400 pupils and 1500 teachers, as well as playgrounds for children will be constructed.

The Project is financed by the NSPA in co-operation with the ACHDE and FDD: the monitoring will be conducted by the Fund for Demining and Utilization (FDD).

ACHDE is going to provide with consultancy and monitoring during the whole Project period.

The participants of the meeting highly appreciated the role of the NSPA in the development of the Project, expressing hope for further co-operation. 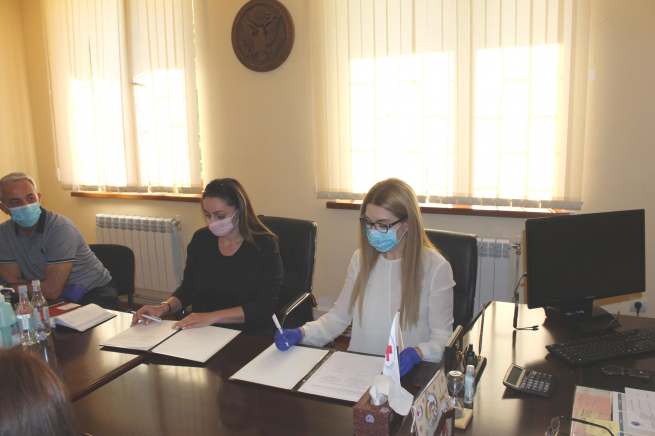 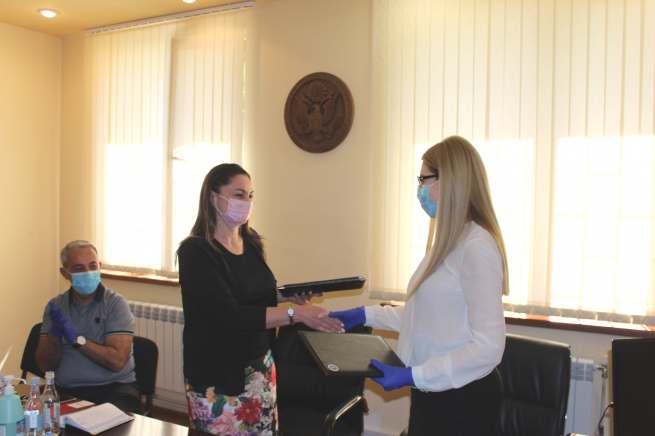