Humanitarian Aid for the people of Syria 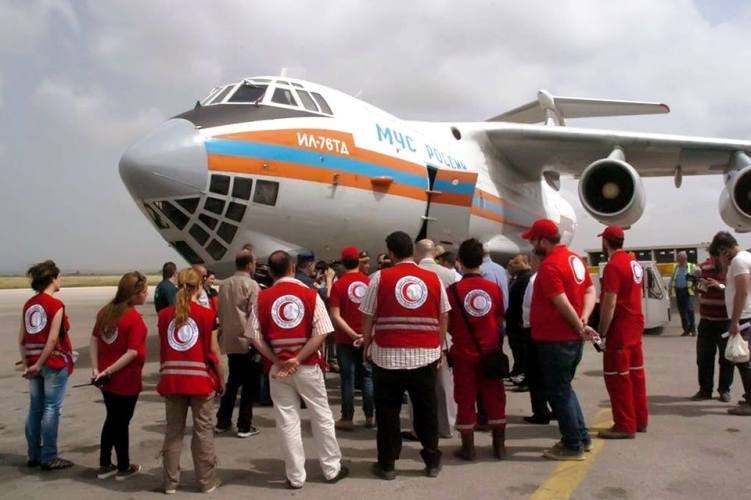 With the joint efforts of Armenian Red Cross Society (ARCS), RA and RF Ministries of Emergency Situations and Russian-Armenian Centre of Humanitarian Response, from 12 July, 94 tons of humanitarian aid has been provided to the Syrian Arab Republic in the form of food parcels (oil, rice and buckwheat). The humanitarian cargo will be accepted and redistributed to the population affected by the Syrian crisis by the Syrian Red Crescent, Armenian Red Cross Societys’ partner National Society. 30 tons of relief will be distributed in Aleppo, through the Armenian Diocese of Beroea.

Armenian Red Cross Society (ARCS), as a full member of the International Movement of the Red Cross and Red Crescent, is guided by Movement Fundamental Principles, and is an auxiliary organization to the Government in Humanitarian field. The Mission of ARCS: to reduce the vulnerability of the population through mobilization of the power of humanity, to be prepared to cope with situations, which may cause vulnerability among the population, to provide essential support by assisting people made vulnerable by harsh socio-economic conditions.

Armenian Red Cross Society constantly makes efforts to mobilize recourses, to respond to humanitarian needs of the most vulnerable groups and alleviate their suffering.