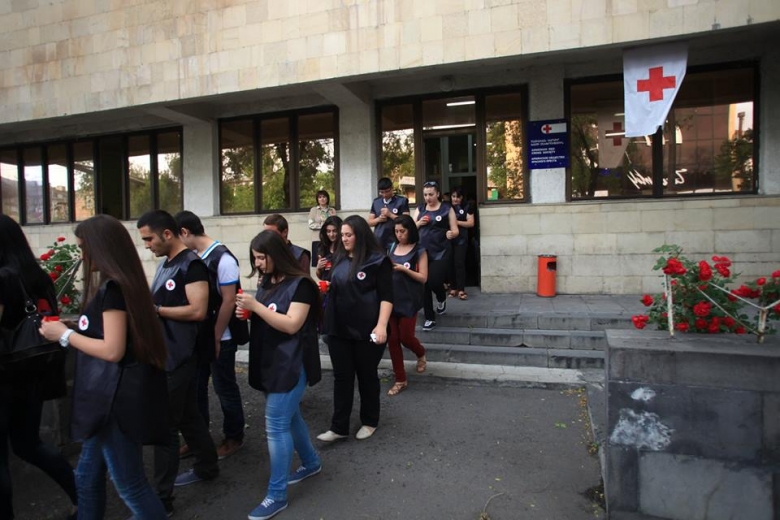 On 18 May, International AIDS Candlelight Memorial day, Armenian Red Cross Society organized a candlelight march. Red Cross Youth 60 volunteers were participating in that march. It started at 18:30 from the ARCS headquarters and proceeded by the following direction:

At 20:00, Candlelight ceremony, accompanied by classical music, took place at the Garden of State Conservatory named after Komitas.

Besides the candlelight ceremony there were also:

On 18 May, all around the world candles were lit for the 31st time, in the memory of the AIDS victims. It is a call to come together for the fight against HIV / AIDS and to honor the dignity of people living with HIV. This ceremony has a great importance for the commemoration of the victims of HIV, for the support of people living with HIV and for raising awareness about HIV / AIDS.