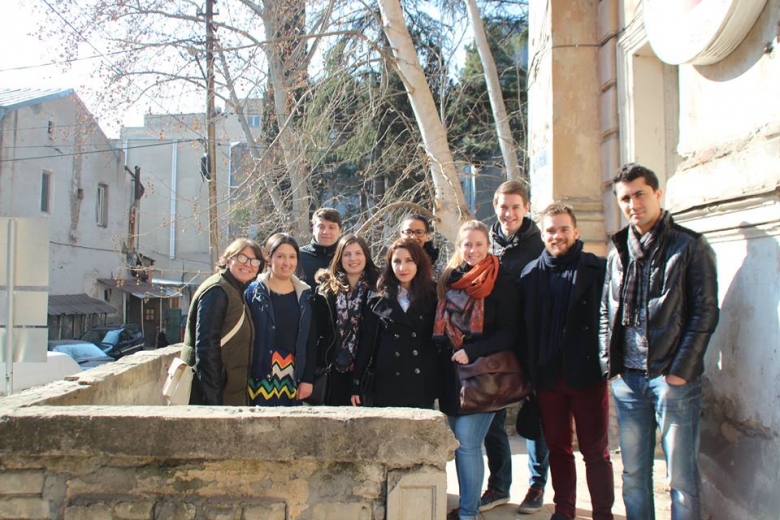 On the 6th of February a group of young leaders from the Caucasus region were hosted by the Georgian Red Cross in Tbilisi for the Caucasus Youth Leadership Meeting.  The meeting was organized jointly by the IFRC EZO and the European Youth Coordination Committee. During this one-day meeting, representatives from Armenia, Azerbaijan and Georgia discussed youth structures and common challenges. Also, as a follow-up to the trainings in Istanbul and Minsk, they discussed the impact of the trainings on their National level as well as the future plans of Youth-led advocacy and implementation of the projects in the field of NCDs.

Also, the initiative of the EZO, to organize the first regional YABC training was discussed. The training will have a special focus on NCDs topic which is one of the prior areas of focus in this region. All the participants were happy and inspired to see the support from the EZO, as well as flow of initiatives and ideas that can improve the work in the region as well as have a positive impact on Youth Engagement and Development.

This was for the first time in the history of the network, when the face-to-face meeting of the European Youth Coordination Committee was organized in other region that Central Europe. This aims at stressing the importance of unity of the whole Europe Zone, as well as equal consideration of needs that each of the sub-regions has.

During these 2 days, the EYCC assessed and revised their thematic work plans, agreed upon concrete action plans as well as discussed further actions. Participants enjoyed generous Caucasian hospitality and had one of the most productive meetings so far.