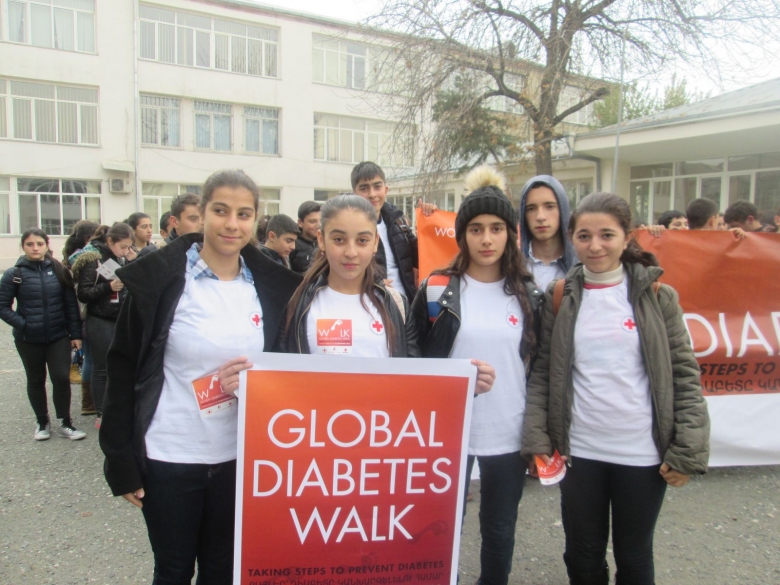 On World Diabetes Day, November 14, Regional branch of the Armenian Red Cross Society organized an event titled "Steps to prevent diabetes." In the frames of the initiative of World Diabetes Organization "Global Walk" ARCS Ararat branch volunteers and schoolchildren from selected urban and rural areas of Ararat region were walking on main streets providing information materials to the population and telling them about the importance of prevention of diabetes.

World Diabetes Day was created in 1991 by International Diabetes Foundation and the World Health Organization in response to growing concern about the escalating health threat posed by diabetes. November 14 was chosen to honor Canadian scientist Frederick Bantingi who in 1923 was awarded to the Nobel Prize for saving life of 14-year-old child suffering from a severe type of juvenile diabetes by injecting insulin.

Currently, taking into account the geographical spread of the disease diabetes is defined as a epidemic. According to WHO, about 422 million people worldwide suffer from diabetes. Global disease prevalence is 8.5% and has a tendency to increase, especially in low and middle income countries.

Mortality due to diabetes is on the third place after mortality due to cardio-vascular diseases and oncological diseases. According to the data of health information-analytical center during the last 10 years in Armenia prevalence of diabetes among the population age 15+ increased by 2 times and mortality is increased by 3 times, number of patients diagnosed and registered with diabetes is 77.307 ( in 2014 it was 72.203). 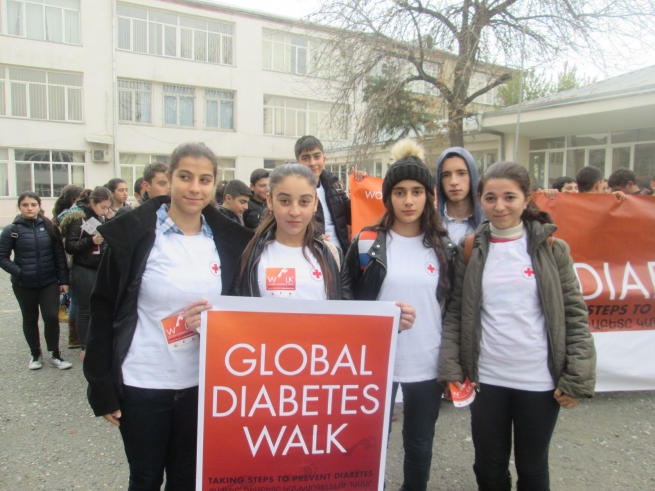 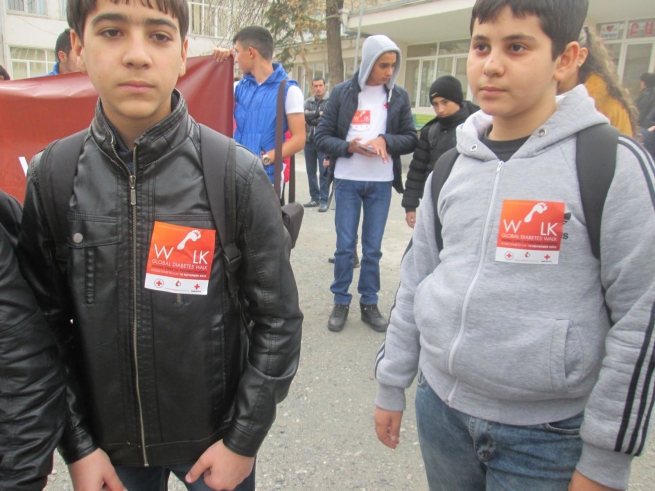 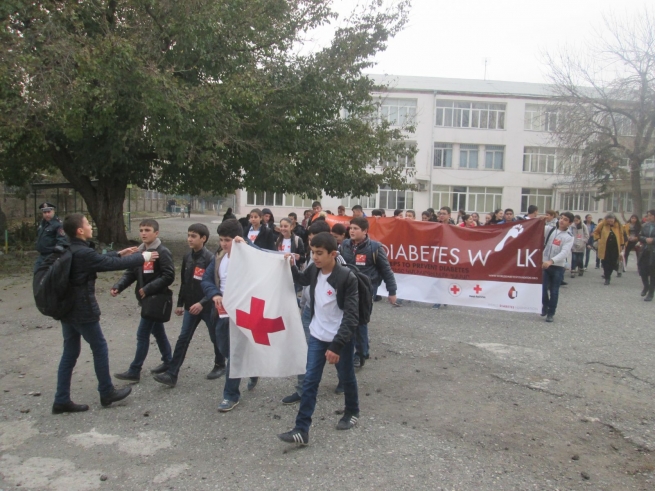